When a delay is a denial! 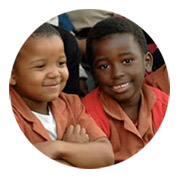 In the Charles Dickens novel, Great Expectations, young Pip remarks that: “In the little world in which children have their existence, whosoever brings them up, there is nothing so finely perceived and so finely felt as injustice.”1

Unfortunately many children in South Africa have felt this injustice through abandonment, abuse and neglect and are left with little hope of experiencing love, joy and the stability of a family. Adoption plays a role in alleviating this injustice. On 24 February 2020, the High Court in Durban granted an order declaring that the Head of Department for Social Development, KwaZulu-Natal (HOD) had violated section 28 of the Constitution.2 The judgment, by Judge Seegobin, has a significant effect on the adoption of children.

NACSA instituted proceedings against the HOD and the DSD to declare this adoption process constitutionally invalid because it did not promote the best interests of the child.