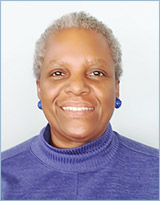 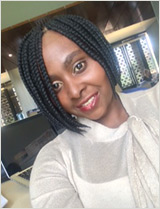 Nomaswazi Malinga was born and raised in Soweto. Both her parents worked for a firm of attorneys, which played a huge role in her choice of career. After completing her law degree at the University of Johannesburg, Nomaswazi completed her articles at Webber Wentzel.  Soon after she joined First National Bank insurance brokers as a legal advisor. While there she obtained a Higher Diploma in Labour Law in 2011 from the University of Johannesburg. Nomaswazi joined ProBono.Org in July 2015 as the staff attorney in the family law department.  She finds this role very challenging and looks forward to helping her clients with the assistance of her fellow colleagues. 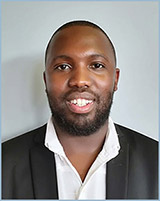 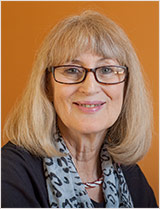 Margaret is from Johannesburg and joined Probono.Org in March 2015, having many years’ experience in communications and events management in both local and international NGOs. She has worked in the housing, human rights and arts and culture sectors and has a particular interest in the rights of women and children. Her outside interests are traveling, literature and jazz music. 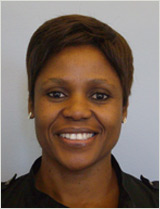 Nkuli is ProBono.Org’s receptionist and administrator. She is the first person that clients see when they consult ProBono.Org. She does the initial screening and makes appointments with Pro.Bono.Org’s lawyers and staff. Elsabe practiced as advocate for own account since admission on 3 July 1984.

Elsabe was responsible to design, implement and run the National Diploma (Paralegal Studies), RAU with co-designers (1999-2007).

Since 2009 Elsabe did a variety of projects as she:

Her professional legal experience lies in Divorce Law (2007 to date); Children Law (2016 to date) and Mental Health Law (2017 to date), and has a strong interest in teaching. Benita has many years of experience providing support to NGOs, including capacity building, facilitation, evaluation and HR support. Her clients include a wide range of social justice organisations that aim to make human rights available to those who are the most vulnerable. 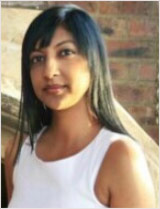 Shamika has a LLB from the University of Natal and a LLM (Business Law) from the University of KwaZulu Natal and is an admitted attorney. She has practiced in commercial legal practices and NGOs in both Durban and Johannesburg. She is a trained facilitator and has also lectured briefly. She has also completed a basic counseling course. She joined ProBono.Org in July 2014. 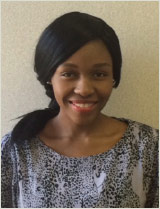 Gugulethu is currently the Administrator at ProBono.Org, Durban. She initially joined the organisation in March 2013 as a Legal Intern. She is currently studying towards her LLB Degree as a part-time student at UNISA. She also holds a Certificate in Business Management. 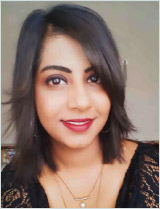 Seshni Govender completed her LLB degree in 2014 at the University of KwaZulu Natal. She attended Practical Legal Training, completed her Articles of Clerkship and was admitted as an Attorney in 2016. She then worked as a Professional Assistant in private practice for over a year. Through her practical experience, she realised the issues related to social justice and the amount of people in need of help. Her future goal is to eventually open her own firm through which she will be able to assist people with social justice issues. Nicole Dayanand completed her LLB degree at the University of Kwa-Zulu Natal in 2012. She completed her articles and was admitted as an attorney in 2014. Nicole was in private practice for five years and has experience in both High Court and Magistrates Court litigation. Her area of speciality is corporate / commercial law. She joined Probono.Org in January 2019 and is passionate about social justice. Uzair is the Manager of our Cape Town office. Born and bred in Cape Town, he expressed a keen interest in community upliftment early on in his life and his passion for people and making a difference in the lives of the underprivileged inspired him to pursue a career in law. Uzair obtained an LLB degree from the University of the Western Cape in 2011 and a Postgraduate Certificate in Practical Legal Training from the University of Cape Town in 2012. He served his Articles of Clerkship at Legal Aid South Africa, Cape Town Justice Centre, and was admitted as an Attorney of the High Court of South Africa in December 2013. He has been employed at the Master’s Office and the Office of the Family Advocate which afforded him sound experience in social justice issues. 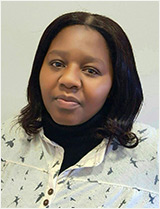 Asanda hails from  Mthatha in the Eastern Cape.  She holds a BA degree in Language and Communication from the University of the Western Cape, as well as an Honours Degree in Political Studies. She has worked in the NGO industry for 8 years and is currently studying towards her LLB degree. Asanda has always been passionate about social justice and strives to be a voice for the voiceless by advocating for marginalised people’s rights. 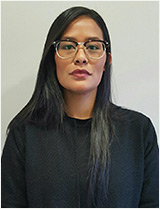 Miss Williams grew up a stone’s throw away from Khayelitsha, a township in Cape Town where the need for social justice has always been particularly prevalent. Very early on in her life she made the decision to pursue a career that would aid the upliftment of our democratic South Africa. She completed her LLB at the University of the Western Cape in 2011 and obtained a Postgraduate Certificate in Practical Legal Training from the University of Cape Town in 2012 and was admitted as an attorney and conveyancer in the Western Cape High Court in 2014. Miss Williams worked at Scorpion Legal Protection as a legal advisor and it was there that she realised that while our county is undergoing a transformative transition, there is still much more work to be done. Miss Williams has always been and remains passionate about access to social justice and is determined to be a driving force behind the positive change our country so desperately needs. Masi’s interest in social justice and effecting transformative change through law prompted him to
join the ProBono.Org team. He started his legal journey at Stellenbosch University where he was an
active member of various human rights organisations. Thereafter, he completed his articles of
clerkship and was admitted as an attorney in 2020. After being retained by his previous employer as
an associate, he gained further experience in Magistrates’ Court and High Court litigation. Motivated
by the needs of marginalised and vulnerable groups, Masi seeks to uphold the spirit of the
Constitution through his work at ProBono.Org.