On 26 May 2020, the Constitutional Court dismissed an application by an appellant who sought to have a postnuptial agreement, which was entered into between a married couple during the course of their marriage and not sanctioned by Court, declared valid.

In the matter of AM v HM, a couple were married out of community of property by way of an Antenuptial Contract. During the course of their marriage the parties entered into a postnuptial agreement whereby it was agreed that the wife would be entitled to half of the matrimonial estate upon divorce, contrary to the terms of the Antenuptial Contract.

The matter was then brought before the Constitutional Court who dismissed the matter on the basis that the appellant (the wife) sought to ventilate new issues which were not previously argued before the High Court and Supreme Court of Appeal.

Contrary to popular belief, maintenance is not shared equally between parents. It is in fact payable by parents proportionately according to their respective means. Disagreements often arise where one parent fails to abide by their maintenance commitment, or only adheres to it sporadically. Ultimately it is the children who suffer as a result. For this reason, maintenance courts seriously consider the best interests of the child under the circumstances when making an order.

There are many parents who are able to reach an informal agreement in respect of their maintenance contribution. If parents are able to reach an amicable solution in this way, all the better. This however was not the case for one of our clients, Ms A, a single, unemployed mother who has been the primary caregiver of her two children since their father remarried in October 2016. After numerous requests, the father failed to provide the Maintenance Officer at the Wynberg Magistrate’s Court with a breakdown of his monthly income and expenditure. Ms. A had submitted an application for pro bono assistance to the Cape Law Society, which was approved. However, the Cape Law Society was unable to secure legal representation for her at her next court date and Ms. A approached ProBono.Org for further assistance.

We referred the matter to Ms. Rukia Allie Da Costa, an Attorney from Riley Incorporated who accepted the pro bono instruction, and the court granted an order that the father pay R5,500.00 per month for the maintenance of the children.

There is a widespread habit of parents seeking to evade their maintenance responsibilities, resulting in huge magistrates’ court backlogs with such matters. We welcome the Child Support Bill that took effect in January 2018 which states that parents who default on child maintenance will be blacklisted and blocked from receiving credit if their maintenance payments are in arrears.

We are hopeful that the new legislation will transform the attitude towards payment of maintenance.

A CASE OF DISAPPEARANCE

In May 1998, Mr. Jackson Taliwe disappeared on his way home after an evening with friends. On foot, he passed through an unsafe area and had to cross busy roads late at night. He was never seen again. His family, friends and the community searched for him, but their efforts were futile. His employer, after his 18 years of service with them, declared him a deserter. His family approached ProBono.Org seeking closure and the matter was referred to Bowmans.

Bowmans assisted Mrs Taliwe in obtaining a presumption of death order in 2017. In preparation of the application, and to ensure that they had explored all possible avenues, they requested records from the SAPS to determine if anyone was found in the area where Mr. Taliwe disappeared. Due to the time lapse, this was a challenging process. Fortuitously, records of one person were found in close proximity to where Mr. Taliwe went missing. Unfortunately these records were incomplete, unrecognisable and timeworn and accordingly not sufficient to identify the person and to obtain a death certificate. However, based on the circumstances surrounding Mr. Taliwe’s disappearance and his personal description, the family believed the records found related to him. This exercise and the records obtained were instrumental in obtaining the presumption of death order.

Bowmans prepared the application and was assisted by Adv. Xolisa Hilita who appeared in the Johannesburg High Court on the client’s behalf. The ultimate outcome of this process was to give the family closure and to enable Mrs Taliwe to claim unclaimed pension fund benefits, which claim has since been paid out to her and her children. These benefits offer substantial financial relief to the family.

We thank the Bowmans team of Melissa Strydom and Carmen Bradfield for a successful outcome in this case. 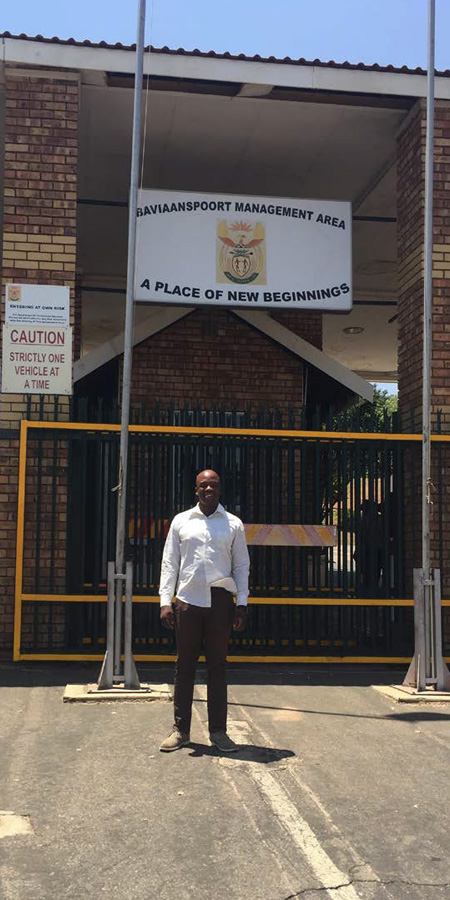 When clients approach you for legal assistance, many times they present their version of the events in emotionally loaded ways, requiring you to sift through it, seeking out the most relevant facts – the facta probanda and the facta probantia. One is often faced with a messy and complex version.

The very first case I dealt with involved three parties. The facts of this case were presented to me intertwined, and came at different stages, piecemeal and through various mediums and people (apart from the parties), ranging from emails and telephone conversations, to direct consultations with the parties.

This was a great challenge for me, as I had to decipher what was relevant and put together all the information in a coherent way. The instruction from my supervisor was to do an analysis, using seven questions: “Find out what happened to whom, when, where, how and why, and who was involved.”

I used the questions to extract the relevant facts from the vast amount of information to build a coherent case. I explored various methods of analysis but focused on logic and chronology.

It is essential that you have a method that works for you, depending on your personality and what best assists you in analysing the information that has been given to you. We must always remember that we have a duty to act in the best interests of our client, balanced with our duty to uphold justice. On 25 June 2015 our offices sent out a request for assistance on behalf of a young man in need of financial assistance from his biological father. This young man had previously been removed from his family home (due to substance abuse) and placed with his elderly aunts by the Children’s Court. Although this placement was secure, the aunts were both on pension and not in a position to care for this boy financially.

The young man (we will call him C) brought a maintenance application in court, requesting financial support from his father. However, his father, who also appointed a legal team to argue the matter, opposed this application. C felt intimidated and overwhelmed by this and sought assistance to see this application through.

Jonathan Small and Sune Bosch of Ramsden Small Attorneys accepted the instruction and assisted C in arguing in court for financial support from his father. The application was heard in May this year and after hearing argument for both sides, the court granted C maintenance in the sum of R5000 per month.

C is now enrolled for further studies and hopes to complete a financial degree.

J, a girl of 7, was found abandoned on the 9th floor of the Charlotte Maxeke Hospital in Johannesburg in December 2015. An initial assessment by the hospital staff showed that she could be autistic. The police were called to transfer her to a more suitable place of safety but for whatever reason could not effect this transfer and the young girl spent the night at the police station.

She was then admitted to the Rahima Moosa hospital and our offices were asked to assist with finding her a suitable placement.

Our involvement was necessary since no state department has accepted responsibility for her placement. Both the Department of Health and the Department of Social Development have been unwilling or unable to accommodate her. We are presently looking at bringing an application in the Children’s Court for a temporary care placement order for the little girl at a private facility with autistic expertise.

Despite our having extensive legislation aimed at protecting the rights of children, such as the Constitution, the Children’s Act of 2005 and the Child Justice Act of 2008, each of which create a strong legal framework in support of children’s rights, there are still substantive barriers to the real lived protection of children.

The barriers are not in the design of the laws, but the way in which these laws are managed, implemented and administered. When we see that departments responsible are failing people on a day to day basis, and that the officialdom is characterised by tardiness, lack of interest, ineffective management, poor skills, lack of capacity; and when we see the over-burdened courts and overall inefficiencies in the system, we believe we have an imperative to act and offer assistance.

So many of our clients have attempted to use the legal system to obtain relief, only to find that without legal representation they have been unable to exercise the rights they have in terms of the laws we have on our statute books.